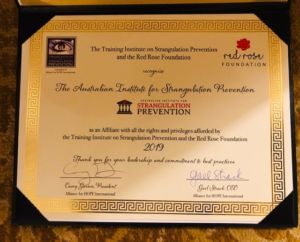 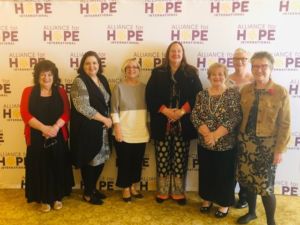 We offer a wide range of high-quality specialist non-lethal strangulation intervention and prevention training and resources for professionals in police, justice, health, probation, domestic violence and sexual assault services and sectors across Australia. 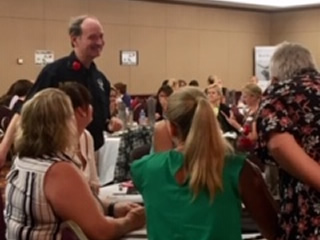 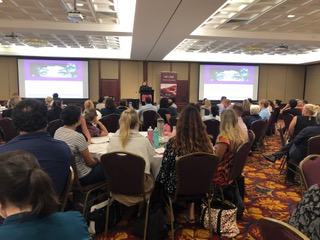 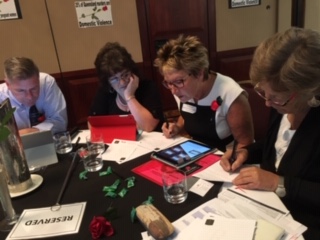 We are committed to:

Non-lethal strangulation is one of the most significant red flags to homicide and premature death from strokes and other health issues.

As most victims of strangulation have no visible injuries or their injuries are too minor to photograph, opportunities for higher level criminal prosecution are often missed.

We have already provided specialist non-lethal strangulation intervention and prevention training to over 600 professionals from around Australia. 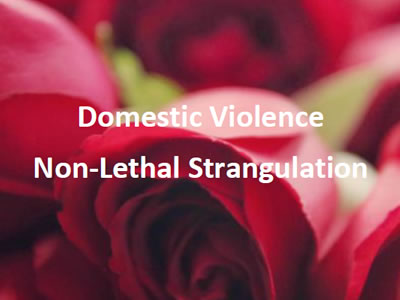 To further our aim of raising awareness to the dangerous nature of non-lethal strangulation, provide expert training and forge partnerships of research and education, the Red Rose Foundation has brought expert trainers to Australia in 2017 (Brisbane and Mackay) 2018 (Brisbane and Canberra again in 2019 (Brisbane, Melbourne and Perth).  Plans are underway for a return of international experts Gael Strack and Dr Bill Smock to Australia in 2020. The Australian Institute for Strangulation Prevention will also be commencing our own training schedule commencing November 2019. Our aim is to see the introduction of specific non-lethal strangulation legislation introduced into every State and Territory in Australia. This needs to be accompanied by specialist training across police, justice, health, probation, domestic violence and sexual assault services and sectors. 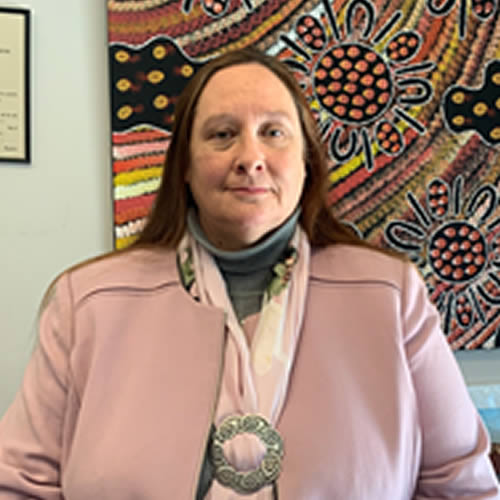 Linda was appointed as a Queensland magistrate in January 2004.  From March 2016 she has  exclusively heard domestic violence cases in the Brisbane Magistrates Court. Since 2011 Linda also circuited to Longreach on the regional court roster.  Linda holds a Master of Laws degree; and Bachelor degrees in of Arts and Laws. She is a Graded Arbitrator with the Institute of Arbitrators and Mediators, Australia, Qld Chapter.

In November 2018 Linda was appointed to an expert judicial panel by the United Nations to attend a 3 day conclave to prepare a Handbook for the Global Judiciary on Effective Court Responses for Gender Based Violence against Women and Girls. In June 2018 Linda delivered a keynote address at a Red Rose Foundation event on Strangulation: Changes to the Legal and Justice framework. In June 2019 Linda was a presenter at the Queensland Law Society Advocacy workshop for domestic and family violence practitioners.

Linda was named on the 2019 Women Lawyers Association of Queensland List of Inspirational female Judicial officers. 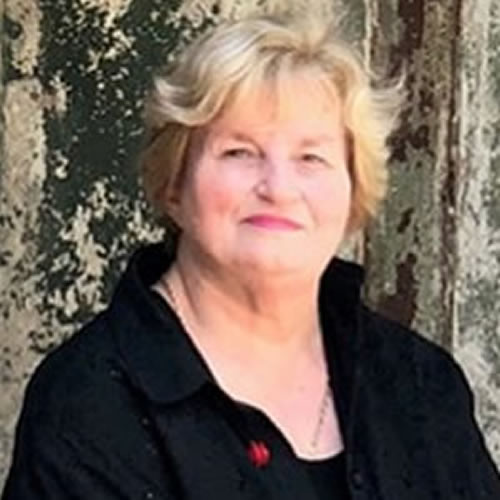 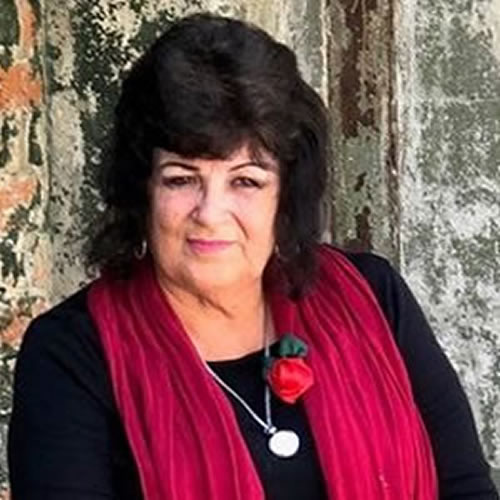 Diane has worked in the area of domestic violence and child abuse for forty years both within government and the non-government sector including 14 years as the CEO of DVConnect.

Diane has been instrumental in the development of many programs and initiatives during her last decade in the sector including the founding of a national network of all telephone crisis services across Australia (SafeNet Australia 2008) and the only peak in Australia that includes sexual violence, women’s health and domestic and family violence (Ending Violence Against Women Queensland 2013) – Diane was also a founding member of the Domestic Violence Death Review Action Group – DVDRAG (2004 – 2016) which was the forerunner to the Red Rose Foundation. 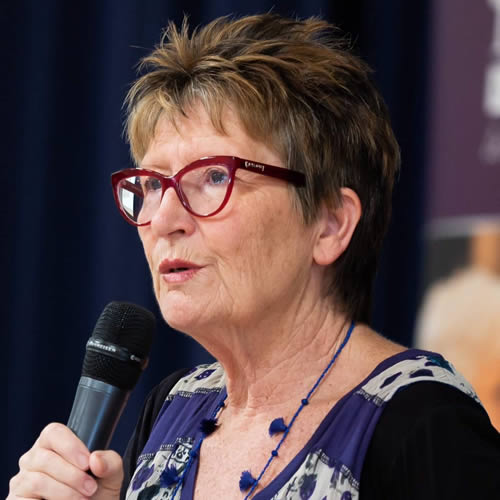 Di has worked in the area of gender based violence for over 37 years and is currently Director of the Gold Coast Centre Against Sexual Violence Inc. Over time, her work has included;
• Co-ordinator Majella House Women’s Refuge
• Founder Gold Coast Domestic Violence Action Group
• Foundation Board Member Combined Women’s Crisis Services Gold Coast
• Founding Director of Gold Coast Centre Against Sexual Violence
• Securing funding for the establishment of Macleod Women’s Refuge, which is named after her
• Securing funding for the establishment of the Gold Coast Domestic Violence Prevention Centre
• Member Queensland Taskforce on Women and the Criminal Code
• Foundation Board member of National Association of Services Against Sexual Violence (NASASV)
• Member Domestic Violence Death Review Action Group
• Board Member of the Ending Violence Against Women Queensland (EVAWQ) 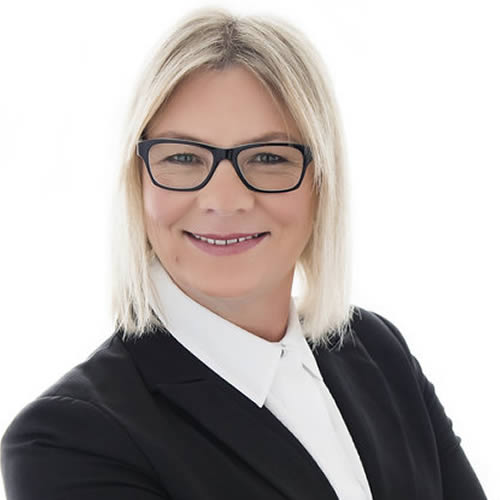 Janine has implemented safety solutions for over 11,000 families during her 23-year career as a Detective and Senior Police Officer. She is now sharing her expertise with business leaders reducing their people costs in the workplace. Janine is finding her proven methodology creates a real sense of belonging for employees resulting in improved engagement, retention, productivity and safety at work. Health, wellbeing and business costs are reduced and connected, caring workplace cultures flourish.

Janine has experience across the public and not-for-profit sectors. She has successfully led Police investigation teams to resolve and prosecute complex, high profile cases relating to domestic violence, sexual violence, child protection, drugs and other serious harm.  Janine has 12 years’ experience investigating homicides and has demonstrated capability reducing victimisation and offending. She has spent many years protecting individuals and communities from domestic and sexual violence harm through collaboration, partnerships and complex problem solving and has led Police policy and best practice working on the National Family Violence Team at Police National Headquarters. 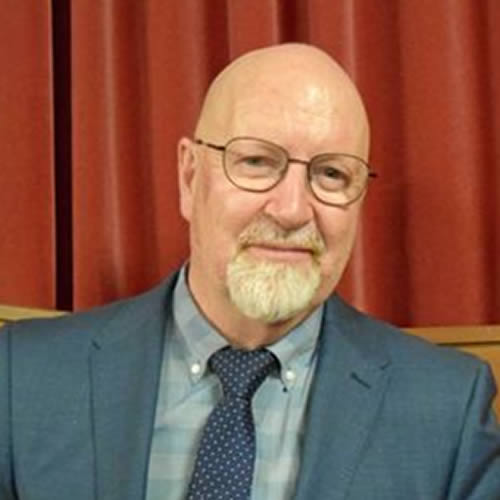 After 15 years working in leadership roles in the education and human service sectors, Brian undertook advanced counsellor training in the USA. He completed his doctorate in counselling and mental health at the College of Health and Human Services, University of Toledo, Ohio in 2000, where he researched readiness for change in court-mandated male perpetrators of domestic violence.

While in the USA, Brian also trained in the Duluth Model of Domestic Violence Intervention. He has worked intensively with court-ordered men using the Duluth program. Brian was instrumental in designing and developing the Master of Counselling Program at the University of Queensland, where he coordinated a course in Violence Issues in Counselling. He has also provided training for professionals in Domestic Violence Intervention Programs for men who perpetrate intimate partner violence, and with communities organising collaborative community responses to domestic violence.

He has regularly presented at Queensland Police Domestic Violence Liaison Officers (DVLO) training. He has trained Probation and Parole Offices of Queensland Corrective Services annually since 2003. He has completed a review of the Queensland Police Service First Year Constables Domestic Violence Intervention Training Package.  He has worked at YFS, Logan, as the practice manager of 5 men’s domestic violence intervention groups per week. He supervised facilitators of the Men’s program, women’s counsellors and women’s advocates in the Domestic and Family Violence Program at YFS, Logan. He has written a men’s domestic violence intervention program. Brian has been consulted by government. He is also on the Board of the Red Rose Foundation.

His understanding of DV is not only as gendered pattern of coercive violence, but as an ongoing criminal justice issue, and a public health and human rights issue where the safety, freedom, and the dignity of women and children are under threat. His research interests include accountability in the domestic violence sector, effectiveness of collaborative community approaches to domestic violence intervention, identifying and managing unintended consequences of dfv interventions, and working with men for change. He began work as Senior Lecturer, Head of Course for the Domestic and Family Violence Practice Program at Central Queensland University in June 2019. 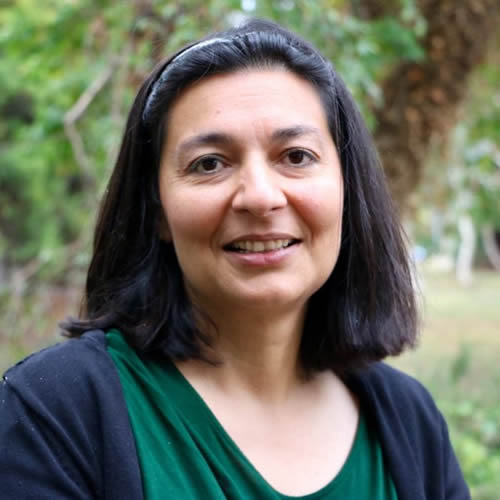 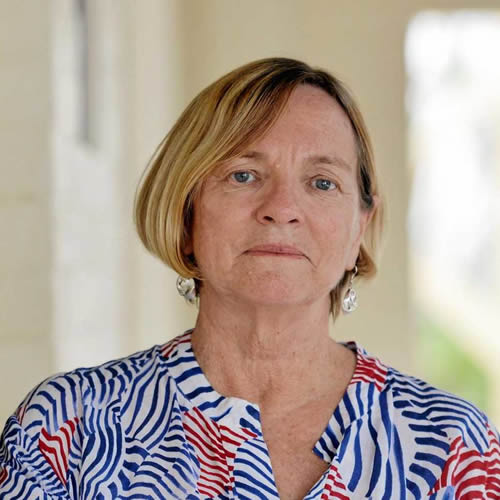 The best training I have ever done in my career. Well detailed, real-life examples, well structured.

Because knowing about non-lethal strangulation and what evidence can assist victims in successful prosecutions will hopefully decreases homicides.

Understanding the significance of strangulation injuries and the full impact of future indicators of lethality.

Essential knowledge for anyone working with those affected by domestic violence.

On the Edge of Homicide: Strangulation as a Prelude

On the Edge of Homicide: Strangulation as a Prelude Download [...]

A quick round-up of the latest news and published articles.

Taking Women’s Lives Into Their Hands

Get notifications when new training and resources are added

Be one of the first to know when we release new training courses and publish new resources and articles for you.